The Mandalorian has returned for a second season, which means you will be seeing Star Wars spin-off on your screen soon. This season is centered on the search for Baby Yoda’s homeworld. It will also follow up on the Darksaber reveal seen which took place at the end of season 1.

The show returned on October 30th and is expected to continue until December. So you will have lots to catch up on.

Is there going to be a season 3?

Moving on to the big question. Will there be a season 3? Season 2 is barely out. Yet, the production of season 3 has already started. Yes, you read that right.

The question is not whether Disney+ is interested in the third season of the show. They had already decided that there is going to be a third season even before the second season had aired.

Sources close to the production team have confirmed that creator Job Favreau has been “writing season 3 for a while,” and the art team, led by Lucasfilm vice president and executive creative director Doug Chiang has been working on the concept of season 3 for quite some time now.

Some sources also claim that the production started back in April because the department requires a huge lead time.

The news for season 3 made its way to the media just weeks after the second season’s production winded up. This show was one of the lucky ones. It had just ended production when the first coronavirus wave hit and lockdown orders were issues.

The fact that there is going to be a season 3 is not really a huge surprise. This is Disney +’s flagship TV series.

What will it be about?

The bad thing about Mandalorian is that the production is excellent at keeping secrets. Of course, this might also be considered a bad thing, depending on how you might see it. So you have to wait for a while to see how the storyline unfolds. There might not even be good clues. Just rumors there and there.

You have to hand it to the crew and the cast. They are superb at hiding stuff. For instance, did anyone see the arrival of Baby Yoda coming? He just showed up on the screen and that was that.

There were no hints about him, and there was nothing that would have caused the viewers to think about a character who looked something like him. I mean, let’s be honest, folks. How many of you did see that one coming?

There is another example. Rosario Dawnson was all set to join the cast. News had also been circulating so everyone knew it was official. But then, her character was never revealed to the public. It was kept in the dark for the longest time.

Consequently, it is not really a surprise that we don’t know much about what will happen in season 3.

In fact, did you know that even for season 2, there was so much secrecy? Even the actors did not know what was going to happen…and they play the role! Entertainment Weekly reported that “the heightened secrecy included actors getting scripts only for their own episodes and being ushered to sets in black cloaks and hoods like incognito Sith Lords.”

To date, we don’t know the planets Mando might visit, or what characters he will meet on his journey. However, Favreau has given us crumbs. He has said that the new seasons will focus on far-flung worlds with more characters and a better storyline than season 1.

Esposito confirmed this in his interview with the People magazine. “We’re living in a universe that is huge and there’s so much to explore. So I think this show is going to lay the groundwork for the depth and breadth that’s gonna come in season 3 and season 4, where you’re really gonna start to get answers.“

Now to the biggest question. When will season 3 be released? Do we have a date yet? Well, not yet. That is the sad part. However, the filming will begin soon. So that is the good part. According to Favreau, since the show requires more special effects, they would be able to get into production safely, despite the coronavirus.

Plus, the set is contained, which is a huge blessing at this time. They would be able to limit the number of people on the set.

Another adjustment that the production team is doing is letting people work from home. So the special effects team would be able to sit in the comfort of their homes and work from there.

Favreau also told Variety that the series would begin filming before the end of the year. So that is less than two months away. This means you might not even have to wait for that long….or you just might.

Since there is no telling how the coronavirus might continue to wage war on all of us, there might be a good chance that the production is deferred. So there is really no telling. But if we have to wait that long, instead of watching a baby Yoda, you might be looking at a teenage Yoda.

That would be entertaining, no doubt. The adventures of a teenage Yoda might even be funny. But for now, we prefer to have baby Yoda on the screen. Isn’t that right, folks?

So, what do you think? Can you wait for another year to watch what happens next? You probably have to. But for now, you can at least watch the second season and see what goes on there. Who knows which new world the producers are taking us to? Cheers! 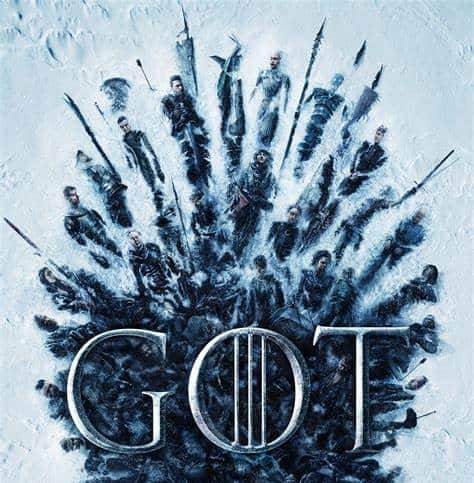