All the die-hard fans of Bleach must know that season 17 has been confirmed by the producers. Back in 2012, the show stopped airing and was not given any proper ending. This is what left many fans disheartened. However, the production team announced that it has been renewed for season 17 on the show’s 20th anniversary.

Season seventeen is going to be based on the ‘Thousand-year blood’ arc and is going to be the last season of the Bleach. This season will be an adaptation of the blood war story from its manga series.

Currently, only five seasons are streaming on Netflix but reports say that more seasons will be added soon.

Bleach – What is the Story About?

Bleach is one of the most liked anime shows ever created. It aired in Tokyo for the first time in October 2004. It began almost sixteen years ago and its last episode aired on TV in 2012. The last episode marked the completion of a total of 366 episodes.

The story follows the main character, Ichigo Kurosaki who gains the power of a soul reaper, Rukia Kuchik. Ichigo uses these powers to save humanity from evil and in guiding the souls of the dead to the afterlife.

The show started with the main lead, Ichigo, living the usual life of a teenager in high school. His life takes a complete turn when his family gets attacked by a dangerous evil spirit, Hollow. Rukia Kuchik, a soul reaper, gets in Hollow’s way and gets severely wounded while defending Ichigo’s family.

She offers Ichigo her powers for his protection and he reluctantly agrees. The show deals with the events that follow after Ichigo becomes a soul reaper. Bleach is based upon its manga version with many similarities between them.

Some Exciting News for Bleach Fans

While the greatest news for all the fans is that the release of a new season has been made official, many are shocked to learn that it will be the last season.

Reports tell that this season is going to focus on devilish villains and will contain a lot of action scenes. It was supposed to air sooner but the production was delayed due to the pandemic situation.

There is no particular date announced for the release of the show’s new season but many resources have estimated the release date to be in the year 2021.

What to Expect from Bleach Season 17?

As mentioned before, the last season of the show is going to be an adaptation of the manga version of Bleach. So there are a few things in the manga that can be expected to be seen in the upcoming season.

A new villain that goes by the name Yhwach will appear in the new episodes. He will be strong enough to kill Yamamoto Genryusai and Ichabi Ichibē. Considering the cast of the show, it is going to remain the same with all the characters returning as they were.

As for the storyline, the new season will reveal that the Quincy are still alive. The Quincy who murder hollows were thought to be killed by the society will make a comeback. They will declare war on the soul society and Yhwach would plot the murder of the soul king who is his father and building a new empire.

Moreover, there are many more things you will see that will astonish the viewers and make the last season worth all the wait.

Will Season 17 be the Last Season of Bleach?

The news has been confirmed that season 17 will be the last season of Bleach. Although fans have been severely heartbroken about it, they could see it coming. As the show is itself an adaption of the Bleach manga, the show proceeds very quickly and caught up with manga very soon.

As a result, there is not much left of the show as most of the part has been covered in the manga. Also, resources tell that the production costs were too high but the show could not be canceled due to the huge fan base.

What to Watch Until Bleach Season 17 Comes Out?

Since the news came out of the season the fans have been extremely excited however until the new season releases here is what you can watch in your spare time.

‘One piece’ is another anime show that has been around since 1999. The show has 20 seasons meaning there will be a lot of content for the viewers to watch.

‘One piece’ revolves around a young man who has idolized an inspiring pirate named Red Haired and is determined to find the titular treasure to proclaim himself as the king of the pirates. Along his journey, he comes across many people and experiences many things.

‘One piece’ has 20 seasons with many episodes in each so it will keep you busy for a while or maybe even until the new season of Bleach comes out.

‘Attack on Titans’ is another famous show among anime fans. The show is about humans who found refuge from man-eating Titans behind strong walls for many years and feel safe there until a Titan is able to break through that walls that cause a flood of giants to enter into the safe spaces that humans created for themselves.

Over the course of seasons, we see how humans struggle to survive amid these crises. Soldier Eren Jaeger watches his mother get eaten by Titans while he is helpless so makes a promise to kill all the titans.

He, with the support of some of his loyal friends, embarks on a journey to kill every titan out there in their home to ensure that these monsters do not end humanity in a matter of very short period. Fan gets to see how he struggles to fight against the titans and despite many hindrances, remains steadfast and true to his mission.

Will there be Season 2 of Shadow and Bone? 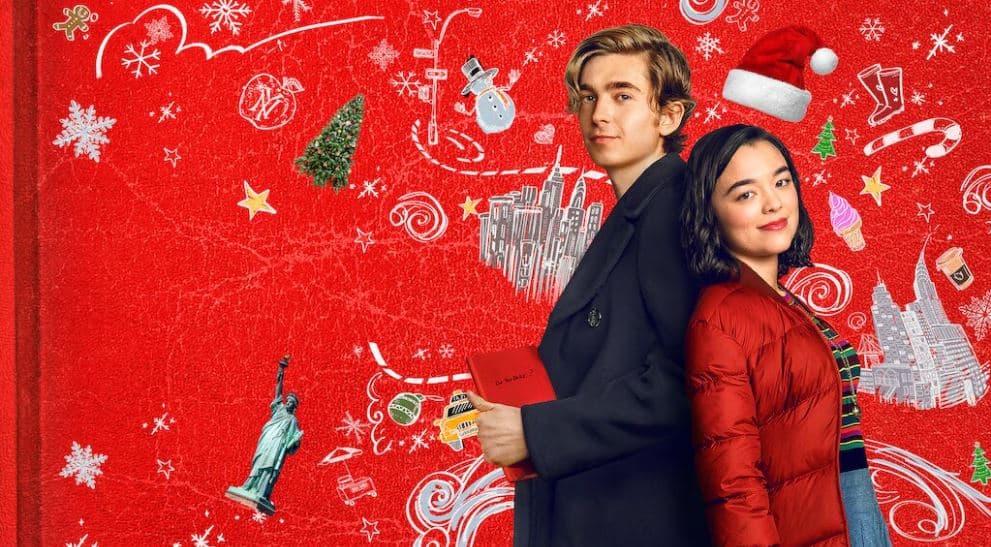 Will There Be a Season 2 of Dash & Lily?