Snow white is one of the most beloved Disney Princesses, and rightly so. With her beautiful porcelain skin, raven hair tied with the cutest red ribbon and her blood-red lips and cheeks, she was the epitome of innocence back in the days when the movie was released.

The Tale of Snow White and the Seven Dwarfs

Snow White’s story is one of the most popular Disney tales to this date. Snow White is a beautiful girl whose mother passes away when she is merely a baby. Her new stepmother is an evil witch obsessed with being the prettiest woman on the land.

After her magic mirror tells her that she is no longer the most beautiful woman on the land and instead, Snow White has taken her place, she becomes her mortal enemy. Fueled by envy and bitter rage, she tries to kill Snow White through a huntsman.

However, the huntsman couldn’t bring himself to murder the rosy-cheeked beauty and instead leaves her in the middle of the forest, away from her stepmother.

Forced to stay away from home, Snow White finds solace in the house of the infamous seven dwarfs. The adorable dwarfs allow her to stay in their tiny cottage and in exchange, Snow White helps them with domestic chores. This arrangement continues for a while before her stepmother finds out she is alive and poisons her with an apple.

Now, considering the romance between Snow White and Prince Charming, you would think that she would at least be 18 or 19 years old. But you couldn’t be more wrong. According to Disney, Snow White is only 14 years old, which seems a little weird.

Certainly, it’s not every day that you see a 14-year-old finding her one true love and living happily ever after. In fact, the tender age of 14 is much too young for any kind of serious relationship, but we have to remember that the story is almost a hundred years old. Yes, that’s absolutely right! Snow White and the Seven dwarfs came out way back in 1937.

And back in those days, it was more common for young girls to get involved in serious relationships.

How Old is Prince Charming?

The age of Prince Charming on the other hand is quite a disturbing fact. According to Google and numerous other sources, Prince Charming is 31 years old in the Disney fairytale of Snow White and the seven dwarfs. Take a moment to let that sink in.

According to this information, the beloved love story of this duo is essentially illegal in today’s world. With Snow White being a minor, the handsome Prince Charming could be arrested for having a relationship with her. Certainly, with an age gap of a whopping 17 years, Prince Charming is old enough to be Snow White’s father. 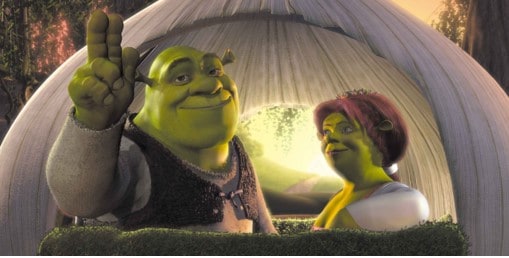 1 thought on “How Old Are Snow White and Prince Charming?”